The Home Depot, Inc. (NYSE:HD) has been providing investors with a steadily growing dividend over the years. They benefited significantly from DIY projects throughout the COVID years. However, in 2022, some of those benefits are receding, and the shares have been declining. The stock is currently down over 26% from the 52-week high it reached. I believe this represents a much more attractive entry price for investors.

Over the years, Lowe’s Companies, Inc. (LOW) has been a solid competitor for HD. There is plenty more competition from private companies too. One that comes to mind in my neck of the woods is Menards (privately held). They have 351 locations across 15 states in the Midwest.

Over the last decade, the performance of the two publicly traded stocks has been nearly identical. LOW has only slightly edged out HD to take the lead. However, from the chart below, this was only a more recent development. HD has been, on several occasions, the leader in terms of total return performance.

Based on market cap, HD is significantly larger than LOW. That is despite the fact that HD wasn’t founded until 1978, and LOW was founded in 1946. This goes back even further to 1921, if you go back to the general store it started out as. Either way, they had a significant lead in getting started first. One of the main differences that set these companies apart is that Lowe’s targets professionals, while HD has targeted the DIY crowd. However, that focus has changed, and HD now wants to put more of a focus on gathering professionals.

In their last earnings call, HD noted that they believe pros will help drive them towards the $200 billion in sales milestone. That target is quite lofty, considering it is around $50 billion more than they pulled in during fiscal 2021. That figure came in at $151.2 billion, which marked a 14.4% increase from fiscal 2020.

Notably, they did not provide a target on when they wished to achieve this goal. They simply stated in the Q&A that, “we intend to get there as soon as we can in a sustainable and profitable way.”

This being said, Home Depot has still been able to grab more in their total sales from pros than Lowe’s. So, this is a push for Lowe’s as well, which could create more competition in the space between these home improvement chains:

Home Depot has historically drawn more of its business from these more lucrative and frequent shoppers, but Lowe’s is trying to attract more pros, too. About 45% of Home Depot’s total sales come from pro customers versus about 20% to 25% at Lowe’s, according to the companies.

In terms of which stock is the cheapest, on a P/E basis, LOW does come out ahead as being a bit cheaper on this metric. That being said, HD has generally traded at a loftier P/E, relatively speaking. The exception was from around 2019 to 2020. During that period, it appears some restructuring had to do with some of the strange actions we see in the chart below for LOW.

For HD, more specifically, we are seeing that the current P/E ratio for the stock is down below its decade’s long average P/E ratio. That is thanks to the sharp declines the stock has been experiencing. It all seems to be tied to the Fed raising rates. Investors are betting that as rates rise, they will put the U.S. economy into a recession. Not to mention that the yield curve has inverted, which has also signaled recession ahead.

Still, with the current valuation, we are looking at a near-decade low level for shares of the company. The only period where we see a meaningfully lower figure was during the March 2020 market collapse brought about by the COVID pandemic. (Which ultimately benefited HD through the lockdowns.)

Looking at the earnings today, analysts continue to expect growth from HD. It stalls a bit through 2023 but eventually picks back up. This is at least based on the estimates that are provided. Over the next five years, the average EPS growth rate is anticipated to come in around 7.22%.

After 2027, there is only one analyst projection being provided. More analysts will share their forecasts as we get closer to those years. That should give us a better look at what we might be able to expect.

If we go back to the average P/E ratio once again, HD should be trading higher on this basis alone. Now, if we factor in the potential growth in EPS through 2023, we should definitely see HD higher – barring any sort of catastrophic recession or black swan event. Shares could reach near $366 if we use these expectations and the average P/E.

That being said, out of the last 16 quarters, the company has beat expectations a total of 15 times. The company only missed in April 2020, for what would appear to be obvious reasons. However, they beat on revenue during that quarter by growing just over 7%.

So, being rather conservative and not factoring in any sort of expectation beats, this could indicate that HD has some upside potential of around 18%. This is at the time of writing, with shares trading at $310.

One area that will continue to impact HD EPS expectations positively is the buybacks. The company has committed tremendous amounts of capital via these buybacks. Over the past decade, this has rapidly reduced the total number of outstanding shares.

The earnings growth and outlook remain rather robust for shares of HD. Again, barring a sort of black swan event. If there is another pandemic, though, who knows – HD could once again benefit. These are all important points to consider for the dividend that they’ve been building up over the years. The latest boost was a strong 15.15% increase, from $1.65 a quarter to $1.90. In the earnings when they announced the increase, they also noted that it was the 140th consecutive dividend from the company.

So, they’ve been able to grow this dividend for the last 13 years now. Before this, they did freeze their dividend at $0.0225 per quarter. This was from the years 2006 to 2009. Again, it seems those years would be fairly obvious on why they would want to be more financially conservative. This is especially true, as the GFC was related to the housing market, which HD benefits from.

The current payout ratio comes to 44.14% based on the latest dividend. Over the last year, they have had a CAGR of over 20% for the dividend. In 2012, they paid out a total of $1.16 in dividends. They are now anticipated to pay $7.60 this year. Given their historical dividend trend, I would say that the expected amount is more likely to become a reality than not.

This is the type of growth an income investor can live with. These boosts have significantly outpaced inflation, even at its current elevated levels. It’s quite clear that HD has some flexibility on pricing power, too, being the dominant home improvement store.

HD has been delivering to income investors and even growth investors over the years. Shares are higher now than they were just a couple of years ago. The stock has been sliding downward more recently, falling into its own bear market. That makes the shares much more appealing at this time. This seems like a solid time for investors to become long-term shareholders of HD to help build their income over the coming years.

Sun May 1 , 2022
Residence remodeling permits you to strengthen your home’s layout and functions. It also results in a lot more convenient areas for you and your family. When planning your rework, it is great to examine your requirements and model choices with your contractor. This will also help you to get handy […] 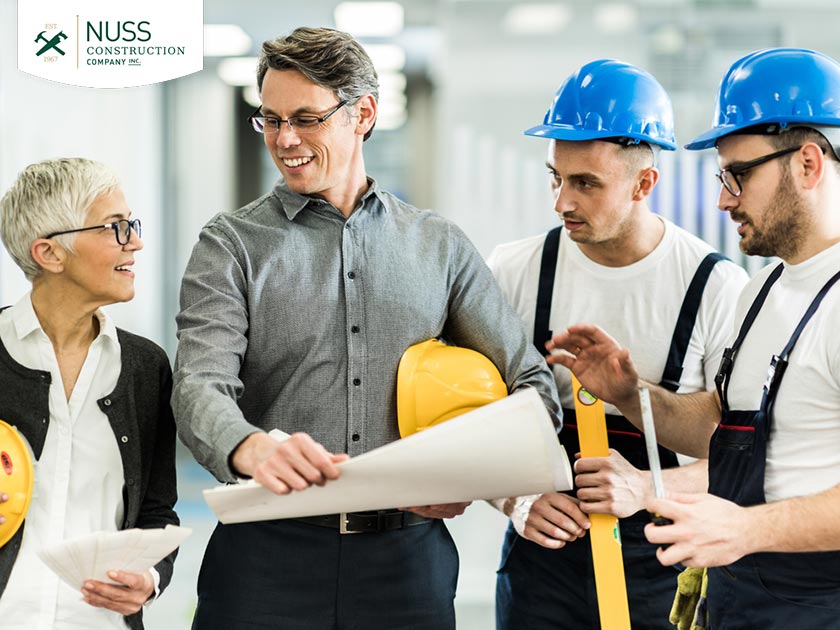